It’s Getting Really Dangerous Out There! 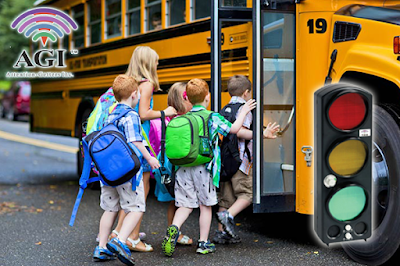 According to NBC News, preliminary estimates from the National Safety Council indicate motor vehicle deaths were 9 percent higher through the first six months of 2016 than in 2015, and 18 percent higher than two years ago at the six month mark. This is the largest year-over-year percent increase in 50 years. An estimated 19,100 people have been killed on U.S. roads since January – enough to fill 382 school buses – and 2.2 million were seriously injured. The total estimated cost of these deaths and injuries is $205 billion. But if you have your children on that school bus, or in your own van or motorhome, and maybe someone else’s children are with you, you know that it’s not the monetary cost that matters. It’s the lives. There is nothing more precious.

There are many factors that contribute to these frightening and concerning statistics, and driver distraction is one of them. Drivers texting and talking on their cells, eating, even putting on makeup. We’re sure you’ve seen them. One news report showed a woman steering with her feet while she ate and texted. Holy mackerel. Can you imagine? And how safe is it for anyone, driving any kind of vehicle, with those people on the road?

As a concerned parent or guardian, it’s in everyone’s best interest if you can talk to your school about putting a Yacker Tracker on a school bus. No matter how experienced and careful the drivers are, it’s too easy to become distracted. Children and teenagers seem to bring chatter and shrieking wherever they go, and this can cause a driver to focus on that almost involuntarily. Those few moments can be the distraction that causes an accident. The same is true if you’re driving a van or motorhome. Yacker Trackers can be installed using the adapter and batteries. Your young passengers will quickly get the message that loud noises while in a moving vehicle are not okay. It’s a small investment to make to keep everyone safe on the streets and highways. You can decide together which noise level is acceptable. Make them part of the experience and teach them safe driving habits at the same time. Even though they’re kids, they might just thank you when you get them to where they’re going in one piece. Even if they don’t, the other parents will. And your local schools might throw you a parade.

Please See our Products and get started on the right road. And be careful out there!